Our 2nd CD is released: 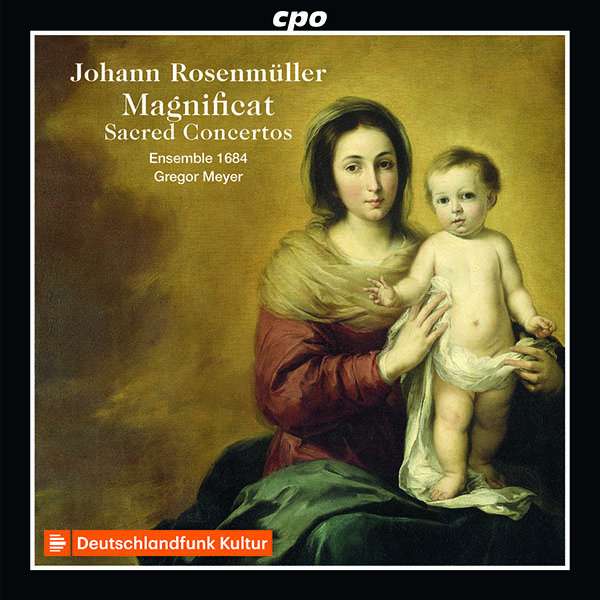 “The new disk with Rosenmüller’s music is amazingly fresh and a stunning listening experience that immediately makes you stop all side activities, completely willing to be drawn into the pleasing sound. Thank you!” (Lothar Kuld, 2018)

Founded by Markus Berger and Gregor Meyer, the director of the Leipzig Gewandhaus Chorus, Ensemble 1684 is devoted primarily to the performance of Baroque music before Bach. Its current emphasis falls on the works of Johann Rosenmüller, a composer second to none in his impact on mid–17th-century music. The ensemble has also been actively involved in the research and editing of Rosenmüller’s music; most of the works they perform on their programmes have been newly edited and in some cases reconstructed from manuscript sources.

The artists of Ensemble 1684 also see themselves as ambassadors for Baroque music. They regularly initiate joint projects with church choirs and school ensembles and organise low-threshold concert formats to bring the riches of Baroque music in central Germany to as many listeners as possible. In recent years a number of highly acclaimed concert series have taken the ensemble through Central Europe.They appeared in major series and festivals, including the Leipzig Bach Festival, the Heinrich Schütz Festival, the Orgelspiele Mecklenburg-Vorpommern, the Staufener Musikwoche and MDR Musiksommer.

At the end of 2017 cpo published the ensemble’s first recording, a representative collection of music by Johann Rosenmüller, our second recording was published 2021.

Explore the ensemble on this site. Read testimonials, listen to music samples and find up-coming concert dates. If you are interested in being informed on a regular basis, you can subscribe to the group’s newsletter.